incovo CEO, Chris Thomas, has long been a champion for diversity and inclusion in the workplace, so we are delighted to announce he has received recognition for his valuable work and has finalised for the ‘Diversity Hero of the Year’ award at The Herald & GenAnalytics Diversity Awards 2021.

The awards serve to highlight how much diversity and inclusion matter and how they play such an important role in ensuring our workplaces and our communities offer opportunities for everyone. Those nominated for the ‘Diversity Hero of the Year’ award were selected based on their work supporting individuals and communities, to deliver campaigns, to change mind-sets, and to bring people together.

Since taking on the role of CEO, Chris has revolutionised incovo and made it a more inclusive and welcoming place for all to work. His campaign to ditch the traditional recruitment process to actively embrace more neurodiversity in the workplace caught the attention of the press, with the story picked up in many local titles and trade publications such as Comms Business.

Chris’ campaign also sparked a series of conversations on LinkedIn in which many other businesses pledged to follow Chris’ lead. Because of Chris, many people who previously viewed themselves as unsuitable candidates have secured jobs they thought were unattainable.

Despite Chris’ non-stop work schedule, he always finds time to support others – whether that’s organising business networking events or giving inspirational talks at Developing the Youth Workforce events where he strives to connect with the younger generation to help make the future more open and inclusive for all.

The winners of The Herald & GenAnalytics Diversity Awards 2021 will be announced at an online awards ceremony on Thursday 7th October. We would like to thank Chris for all his hard work promoting the important issues of diversity and inclusion, and we wish Chris and all the nominees the best of luck! 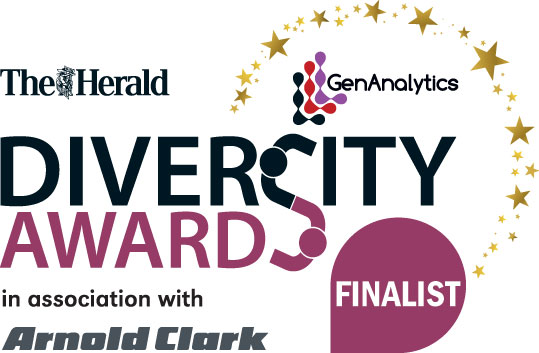 What can we learn from the Twitch hack?
Scroll to top